Joshua Takacs, born and raised in South Yorkshire, gained his Bachelors of Music at Birmingham Conservatoire, after which he became an International Vocalist for various cruise companies such as Silversea, P&O, Thomson and Cruise & Maritime. During his time at sea, Joshua performed his own Cabarets and in production shows.

He also appeared and performed on radio stations like ON.FM and BBC Sheffield. Theatre credits include: Danny Zuko in 'Dancing Queen' (UK Tour), Donny Osmond/ David Cassidy and John Travolta in 'Salute to the 70s' (UK Tour), Eugene in 'Life Could Be A Dream' (Brookside Theatre), Aladdin in 'Aladdin' (Blackfriars Theatre), The Prince in 'Goldilocks and The 3 Bears' (Forum Theatre)

Whilst in Malta, Joshua was featured in various Commercials and International Films. His commercial work includes the drink driving campaign for the Maltese Government and advertisements for Cadini Suits and Nordic Bet. His acting career secured him appearances in Jurassic World: Dominion (2022), Rose Island (Netflix 2020), Jetski (2021) and Mixed up in the Mediterranean (Hallmark 2021). More details about his acting can be found on his IMDB profile. 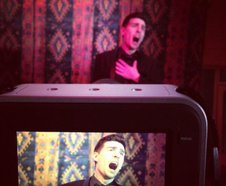 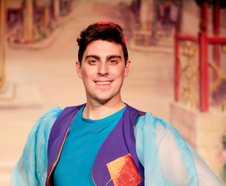 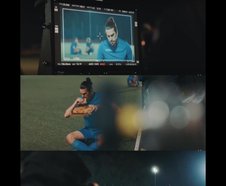 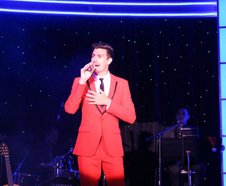 Would you like to work together or simply chat about a project? Don't hesitate to contact me.